US versions of UK stories

Why do we insist on translating English stuff for us American-English speakers?

Or as a BBC Brit might say, "It drives one mad!" 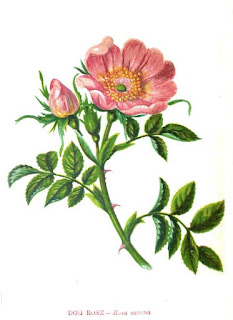 
This "translating" happens all the time with books.  The title of the first Harry Potter book was changed from HP and the Philosopher's Stone to HP and the Sorcerer's Stone; presumably because we colonials weren't up on our alchemy.  Or one of my recent discoveries - really good urban fantasy / police proceedural novels - had the first in the series retitled from The Rivers of London (with intriguing cartographic style cover) to Midnight Riot (with suggesting-violence-but-downplaying-ethnicity cover).  The second book kept its UK title, Moon Over SOHO, but again switched an edgy for a cerebral cover.

And the number of TV shows "reimagined" for the American Market is staggering.  The Office is one example.  Some rewrites work, many fail because something essential is lost in translation.

The latest straw for me yesterday was watching the US remake of Being Human, a terrific Brit vampire/werewolf/ghost flat-share dramedy (you know the trope, mismatched roommates a la The Odd Couple, but with more gore).

The UK version is terrific.  And I think perfectly cast.  The werewolf character, in what you might call "plain clothes," is wonderfully quirky in looks and behavior.  The ghost is charming and ditzy.  While the vampire, Michell, is a version of that rock-n-roll classic the edgy lead singer, all leather-jacketed swagger and sex appeal.  As a bonus, the guy is also funny/scary/puppy-dog-eyes on cue and has Irish Charm TM.

Whereas the US version...

I'm sure these are all good actors, but casting succumbed to that American tendency to pick Breck-Hair people.  The werewolf looks quirky... only to the extent of a bad haircut (or messy hair); in behavior, he's more whiny than endearingly odd.  The ghost seems bland too, but that may be just losing the accent.  As for the Homecoming King, er, vampire...  Contrast between US and UK versions couldn't be greater: the US actor must be six feet taller than the UK's; instead of dark curls and a mercurial face, he has Eagle Scout hair and a chin Mt. Rushmore can't match.  More heroic high school quarterback than transgressive rock star.  Prince Charming with an iron deficiency.  Fangs?  Probably caps.

That classic, Buffy the Vampire Slayer, starred vamps of exactly these two types in rock-star Spike and quarterbackish Angel, but the former was the secret good guy and the latter had the charming Irish accent and a wide swath of dark-side.

I much prefer the UK version of Being Human.   (Compare for yourself on Netflix.)

I guess the tipping point annoyance for me was realizing that the US vamp was given the name "Aidan" - which is the UK actor's.  (Aiden Turner, now playing one of the "boy band" dwarves in The Hobbit.)  As if the name alone would translate the charm:


O, be some other name!What's in a name? that which we call a roseBy any other name would smell as sweet...

I do wish we'd stop "translating" English into American. Next it'll be Downton Abbey as Biltmore, all among them rural land-owning Vanderbilts or something.

BTW That verse is by Shakespeare.  You'd think us Americans would trust those Brits to write by now, wouldn't you?
Posted by Clare Floyd DeVries at 10:40 AM

Email ThisBlogThis!Share to TwitterShare to FacebookShare to Pinterest
Labels: Being Human, Being Human UK, Being Human US, books, Buffy the Vampire Slayer, films, Midnight Riot, The Hobbit, The Rivers of London, TV