"Where have you been?" my faithful readers (all both of them) might ask.

Sorry, it's been a wild few months and I haven't posted a thing.  First there were a bunch of shows and family health issues and holidays, then family weddings and more shows, and now home repair and yet more shows...  Blogging - like exercising - turns out to be hard to do regularly, but much much harder to do if you get out of the habit!

So, what did I miss blogging about?

The shows at the end of last year included Once, my first show ever at Theatre Three.  I never got to see the final show.  We had tickets and friends lined up to see Opening, but spent the evening at the hospital instead (all's well now, so no worries); rehearsals however were wonderful!  Here's a sketch, inspired by Dublin's architecture and street art scene.

Once at Theatre Three - sketch by Clare Floyd DeVries

Almost simultaneous was Men on Boats at Circle Theatre (my last there as Resident Set Designer - they're getting rid of residents, new management, new philosophy).  Suggesting the Grand Canyon on Circle's low-ceilinged stage was a bit of a trick!  Here's the model... which was finished and painted in a hospital room.  (A great conversation starter with nurses.) 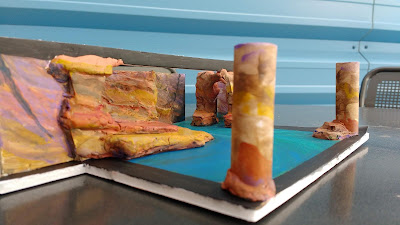 The actual set was built from ordinary flats and platforms with an added layer of carved foam and then paint.  Big thanks to the great carpenters and painters who pulled this off with while I was preoccupied with other things.  Thank you. 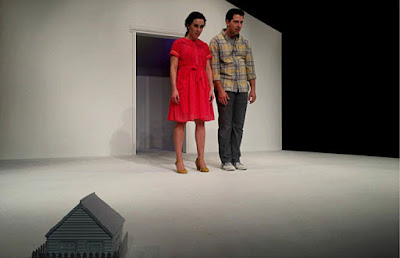 Radiant Vermin at Kitchen Dog Theater - sorry, I don't know who the photographer is (tell me and I'll eagerly credit them).
The floor and wall - to ensure perfect, seamless whiteness - were built very smooth and flat, then covered with stretched muslin painted, and frequently re-painted, white, white, white.

And, lastly, Kiss Me Kate at MainStage Irving Las Colinas. 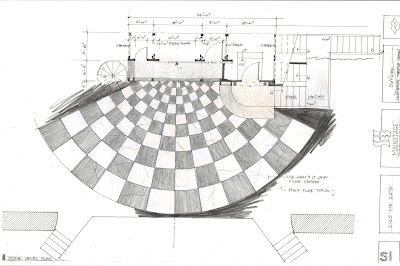 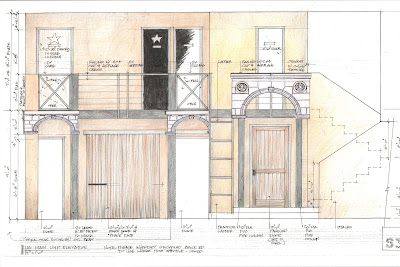 It was a little hectic just last Fall!

Since then You Got Older at Kitchen Dog has opened and closed...

I don't have any good images for that one yet, but I'll add them asap.  Basically, it was one of those scripts with many varied settings that are difficult to do on a small stage - reality, fantasy, garden (with growing/dying bean plants), bedroom, kitchen, dive-bar, hospital room, woods during a violent snow storm, imaginary cabin snowed-in during that blizzard...

Our solution was to build a seemingly simple wall of "weathered" wood slats that opened up or pulled out and thus transformed to suggest the different locations.  I compared it to a Swiss watch... but maybe more a Swiss cuckoo clock? 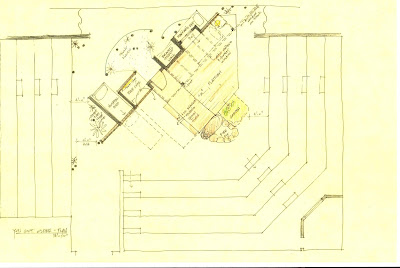 Several exciting things are coming up, including Office Hour at Circle Theatre (my first as a visiting designer), Wolf at the Door at Kitchen Dog, and - the BIG excitement! - my first Off-Broadway show, an Equity Showcase of Self-Injurious Behavior at Urban Stages in NYC.  Can't show sketches of this yet - the director needs to see them first - but I thought I'd blog the whole process here as it goes along.

To date, this show - written by Dallas actress/playwright Jessica Cavanagh -  has had a first, very successful, run at Theatre Three's downstairs space Theatre Too.

This run was so successful that it was decided to pick the whole thing up and move it to New York: props, costumes, director, whole company, and designers...  except for the original set designer - who had conflicts - and the original set - which wouldn't fit this completely different stage.

Hence me!  A lucky fluke... which is often how Big Breaks work I notice.

More on this show as it develops...

Posted by Clare Floyd DeVries at 8:24 AM