This is a film I've been waiting for...

But the reviews I've seen (the other reviews, you know, the professional reviews) are kind of strange. Most of them talk about how much money the film is making (tons, but who cares?) or about its new filming technology (more frames per minute, do I care?) or about its length (three hours or just-long-enough), but few are talking about the actual, you know, storytelling.

I approach this film as a loooong-time fan of J.R. R. Tolkien's work, as someone who read the Lord of the Rings every year at about this time of year for many years and read The Hobbit many times; heck!  I've read LotR out-loud twice.  I've watched the films oooooh... a couple times maybe.  (Cough, cough.)  Anyway, it's difficult for me to imagine meeting Middle Earth for the very first time by way of this Hobbit film.  Best guess?  I expect that for first-timers Peter Jackson's The Hobbit would be a fair intro: "fair" in that it has a beautifully rendered Middle Earth atmosphere and characters - casting and performances are great - and the story is well told, enriched by judicious borrowings from the appendixes of LotR which gives it a more adult tone than the book and helps to yoke it to the established film-world of its sequel.  I cannot imagine how anyone could do a better job of a Hobbit movie.  And Martin Freeman is perfect as Bilbo.

I still think having The Hobbit read aloud to you as a little kid has to be the very best introduction.  After that, I'd suggest, in due time, reading The Lord of the Rings silently to yourself.  Then see the films in order.

This may be the film that separates the sheep from the goats as far as the film audience goes.

Those who merely liked the Lord of the Rings films, or who loved them only for an appealing actor or for the cinematography or the battle scenes or something, but did not fall in love with Middle Earth itself... well, this Hobbit (while having charming actors) doesn't have the rising-star power of the first installment of LotR.  And The Hobbit, like the book it comes from, has a more episodic structure which - plus filling in of the background for the later Lord of the Rings films - makes this film slower paced.

Middle Earth fans will love this.  Casual movie-goers maybe not so much.

Personally?  I loved this movie and can't wait to see the next installments.  Or to see it again. 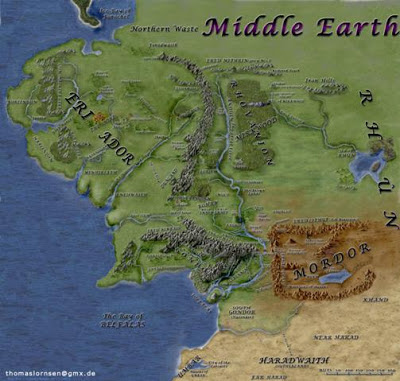