I loooove this idea.

In reaction to Mitt Romney's vow to un-fund Big Bird (and Sesame Street, and PBS, and publicly-funded art in general) there is proposed a March on Washington.  A furry, feathery, brightly colored, and adorably huggable Million Muppet March on Washington.

Bring your own puppet!

It really is high time to rebut this stupid dump-the-arts idea.

I'll skip the statistics on how publicly-funded arts create jobs and bring income to communities.  I'll skip the proven results of early childhood education and the documented facts on how arts education fosters creativity and entrepreneurs.  I'll skip pointing out that arts are Fun and make life Nice.  I'll just say one word: 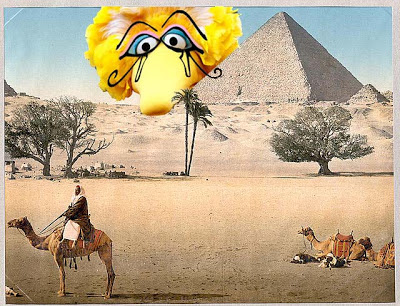 
Sesame Street (wonderful as it is) is as close as our American civilization has come to publicly funded pyramids.  France has managed Versailles, the Louvre, the Eiffel Tower, and Chartres Cathedral so far, and even back when the country was so poor and primitive and backward that they were literally in the Stone Age, managed to pull off the Lascaux cave paintings.  But This Great Nation, the United States of America, can't afford to house and feed a few puppets?!

Just imagine how much we could do culturally with a just little real commitment...